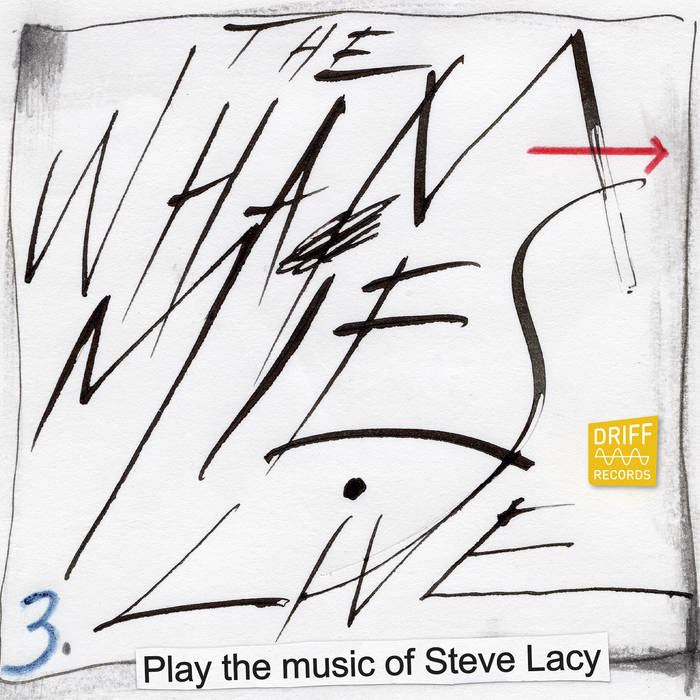 Recorded Live at Cinema Lux, Padova, Italy on March 14, 2014 by Mirko Di Cataldo and at Festival ArtActs St Johann in Tirol, Austria on March 15, 2014 by (Hornin’ In). Mixed and mastered by Antonio Oliart.
Photography by Žiga Koritnik. Cover art by Han Bennink, design by Hidde Dijkstra.


In the spring of 2014 The Whammies played a short tour with concerts in Padova, Italy and St. Johann, Austria, featuring a new set of Lacy’s compositions. The Whammies Vol. 3 Live consists mostly of the Padova concert, and gives an excellent example of how the band has developed since it’s founding in 2012. Rather than making arrangements of the tunes beforehand, The Whammies take an open, “instant arranging” approach towards Lacy’s source material. During a concert each band member has the freedom to introduce backgrounds, solos, smaller groupings, or the next tune, to move the music forward.

Apart from Lacy highlights such as Revolutionary Suicide (dedicated to Black Panthers activist Huey Newton) and “Papa’s Midnite Hop” (based on a poem by Goethe), The Whammies play a few gems that have never been recorded, such as the Sun Ra tribute Sublimation (featuring Dijkstra’s Lyricon, an analog wind synthesizer from the ‘70s), and the hard swinging tune “Bumpers”. The piece Palermo-Orgosolo appears to be unfinished in Lacy’s notebooks, it’s a melody set to a poem by Italian “sound” poet Giulia Niccolai, whose work Lacy used in a few other compositions. The composition Letter is another gem that highlights Lacy’s elegant melodic writing, it’s set to a sweet letter that Lacy and his wife Irene Aebi received from nephew Alex Aebi. Following the tradition set on the first two volumes, Vol. 3 again closes with a Thelonious Monk tune, this time Hornin’ In.