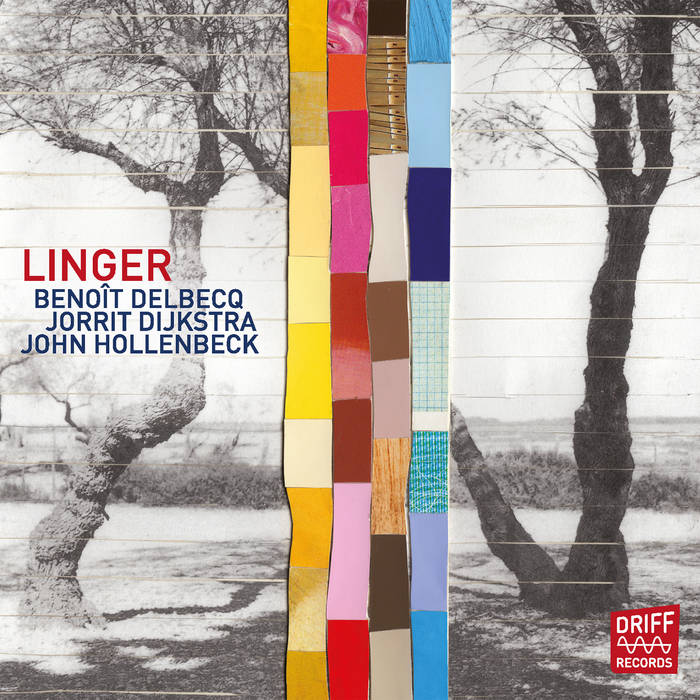 Dijkstra and Hollenbeck have been collaborating as a duo since the mid-nineties. Recorded as a follow-up on their well-received album Sequence (Trytone Records, 2005), Linger adds French prepared piano master Benoît Delbecq to the mix. Dijkstra and Delbecq met at the Banff Jazz Workshop in 1990 and have collaborated occasionally over the years. As on Sequence, the same process of instant composition was used in the studio: to establish some textures and atmospheres first, then record a few takes per texture, and choose the best takes afterwards without further editing. The titles of the ten tracks all reflect movement of some sort, represented by the multi-layered rhythms, the dense microtonal textures, and the lyrical, lingering melodic interactions of Dijkstra and Delbecq. Delbecq’s mumbling bass synth lines, Dijkstra’s analog synth and processed saxophone sounds, and Hollenbeck’s hard-hitting grooves and almost electronic-sounding percussions give the album a unique sound that defies categories.